Industrial gases specialist Messer did acquire the majority of Linde AG’s gases business in North America and certain Linde and Praxair business activities in South America with effect from 1 March 2019 in a joint venture – called Messer Industries GmbH – with CVC Capital Partners Fund VII (“CVC”). Messer Industries is investing a total of around 3.6 billion US dollars (3.2 billion euros). Messer is contributing the majority of its Western European companies to the joint venture.

“In creating this strategic partnership, we are seizing a unique opportunity to return to the North and South American markets. This will turn Messer into a global player in this sector and consolidate its position as the largest family-run industrial gases specialist worldwide. It is a once-in-a-lifetime opportunity,” says Stefan Messer, owner and CEO of Messer Group GmbH. “We intend to fully integrate the joint venture into the family-run Messer Group within a few years. In the medium term, we want to use the merger of the two companies to become a global player again with a presence in the relevant industrial gases markets.” With some 5,400 employees, the Linde activities acquired in the USA, Canada, Brazil and Colombia along with Praxair’s Chilean operation generated sales of 1.8 billion US dollars (1.6 billion euros) with EBITDA of approximately 408 million US dollars (359 million euros) in 2018.

Messer Group is contributing the majority of its Western European companies in Benelux, Denmark, Germany, France, Spain, Switzerland and Portugal as well as its Algerian entity to the joint venture. In these around 830 employees generated sales of 339 million euros and EBITDA of 54 million euros for Messer Group GmbH in 2018.

--------------------------
Messer – Gases for Life
Messer was founded in 1898 and today is the largest family-run specialist for industrial, medical and specialty gases worldwide. Under the brand 'Messer - Gases for Life' the company offers products and services in Europe, Asia and the Americas. The international activities are directed from Bad Soden near Frankfurt am Main. Stefan Messer, owner and CEO of the Messer Group GmbH, works together with the more than 11,000* employees worldwide according to defined principles: These include customer and employee orientation, responsible behaviour, corporate responsibility, excellence as well as trust and respect. The Messer Group GmbH generated consolidated sales of 1.3 billion euros in 2018.
* incl. as of 01.03.2019 at equity consolidated Messer Industries GmbH 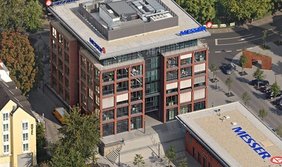